Speaking about style, there are many accessories that contribute in creating it. From shoes and scarves, to jewelry and bags; and of course, lady hats. The truth is, women’s hat-wearing history has faced a lot of rise and fall, featuring different hat-wearing styles that you have probably never heard of. Hence, at the very beginning of the ladies’-hat history, women were covering their heads with kerchiefs, veils, wimples, caps and hoods. Then, in the 16th century, styles changed a bit and women’s hats were based on the hats worn by male aristocracy. It is in the 17th century when lady hats finally started to get their own personality, thus style. 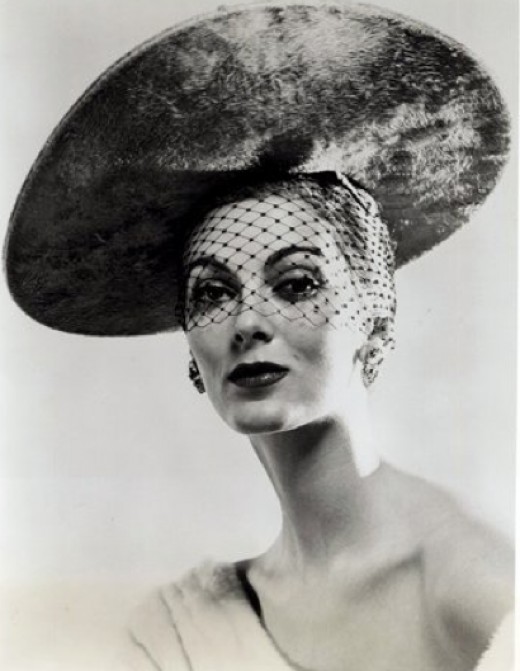 The 1830s were remarkable by the large-crown bonnets that were usually decorated with artificial flowers, lace and feathers. By the end of the 19th century, ‘The Merry Widow’ Broadway show introduced for the very first time the magnificent wide-brimmed hats in their primary version. They were beautified with interesting additional accessories, such as ribbons, feathers, flowers, tulle and even entire birds! As time was passing by, popular magazines started to give ideas and fashion-expert recommendations on how the ‘perfect’ woman should look. Normally, these ideas were coming from Paris, the center-zone of world’s fashion.

But, New York was not that far behind, so in the 1950’s, famous department stores like Henri Bendel, Saks Fifth Avenue and Bergdorf Goodman started designing their own hats and this is what boosted the hat-making industry. Moreover, these were the years when another popular trend appeared: lady hats & Ray-Ban sunglasses. What a win-win combination, don’t you agree?

The 1970’s was the decade that killed women’s hat popularity. In those times, hats were pretty much over and the only hats women kept using were the knit hats for the cold, winter months. In fact, hats in those years were worn only for health-protection purposes, not for fashion ones.

And what about today? Do you think that lady hats have come back to the fashion scene at their fullest? Let me tell you – the answer is ABSOLUTELY YES! From outstanding fedora and beanie to magnificent cloche and wide-brim hats, choices are unlimited to be the most fashionable lady walking down the street. Pick your favourite one and enjoy the bliss of fashion!

Previous Entries Looking for mechanic shop? Next Entries Ways To Style A Cardigan