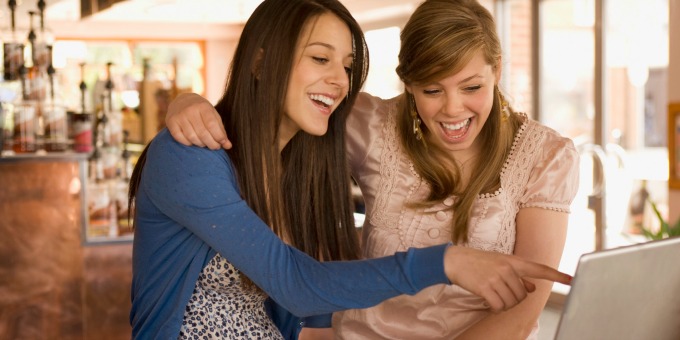 When it comes to having a good time, funny jokes are certainly inevitable; some people like telling them, others enjoy hearing them. Be it just a friends’ gathering at home on a random night or a wedding rehearsal dinner at a fancy restaurant, people do appreciate a good sense of humor, and a line-up of tasteful short jokes is always welcome to get the party started. Funny one liners are probably the best way to get it going: everyone will loosen up just as they’re having their first glass, and if someone decides to share their most hilarious joke along, it will really be a night to remember.

If just so it happens you are the host to that friendly get-together or the best man at the mentioned rehearsal dinner, here is our suggestion of twenty of the funniest jokes you can use to tell the guests and amaze them. Even more, find funny pick up lines to dazzle the bridesmaids, funny texts to send to those who couldn’t make it, maybe a riddle or two just for the touch of mystery and the children, and much more! What’s a party without some fun and laughter, really?

What do politicians and diapers have in common?
Both should be changed regularly, and both for the same reason.

Do you know what you can hold without ever touching it?
A conversation.

3.
What is the difference between a snowman and a snowwoman?
Snowballs.

It is so cold outside I saw a politician with his hands in his own pockets.

Are you a 90 degree angle? Cause you are looking right!

Is your body from McDonalds? Because I’m lovin’ it!

Two police officers crash their car into a tree. After a moment of silence, one of them says, “Wow, that’s got to be the fastest we ever got to the accident site.”

How can they call it Alcoholics Anonymous when the first thing you do is you stand up and say,
‘My name is John and I am an alcoholic’?

Two men are discussing their lives. One says, “I’m getting married. I’m sick of a messy apartment, dirty dishes, and no clothes to wear.” The other one says, “Hey, I’m getting divorced for the same reasons.”

Why did the dinosaur cross the road?
Because the chicken hasn’t evolved yet.

20 years ago we had Johnny Cash, Bob Hope and Steve Jobs. Now we have no Cash, no Hope and no Jobs. Please don’t let Kevin Bacon die!

Why were the Stars Wars released in the sequence of 4,5,6,1,2,3?
Because they were directed by Yoda.

How did Capitan Hook die?
He got distracted and wiped his butt with the wrong hand.

Chuck Norris once had an arm-wrestling competition with Superman. The bet was that the loser has to then wear his underwear on top of his trousers.

Jokes about unemployed people are not funny. They just don’t work.

Today I went to a barber’s shop for a shave. The barber asked me to put a small wooden ball in my mouth so he could get a closer shave around my cheeks.
I asked: “But what if I swallow the ball?”
He replied: “No problem sir, you just bring it back tomorrow like everybody else.”

What’s the best place to hide a body? Page two of Google.

A man noticed his credit card has been stolen – but he never reported it. The thief was still spending considerably less than his wife.

Two men are stranded on a deserted island. One despairs, but the other one claps him assuredly on the back and says, “Don’t worry, they will definitely find us, and soon.”
“Really? Why do you think so?” asks the despairing one.
“I owe the IRS five years’ worth of taxes.”